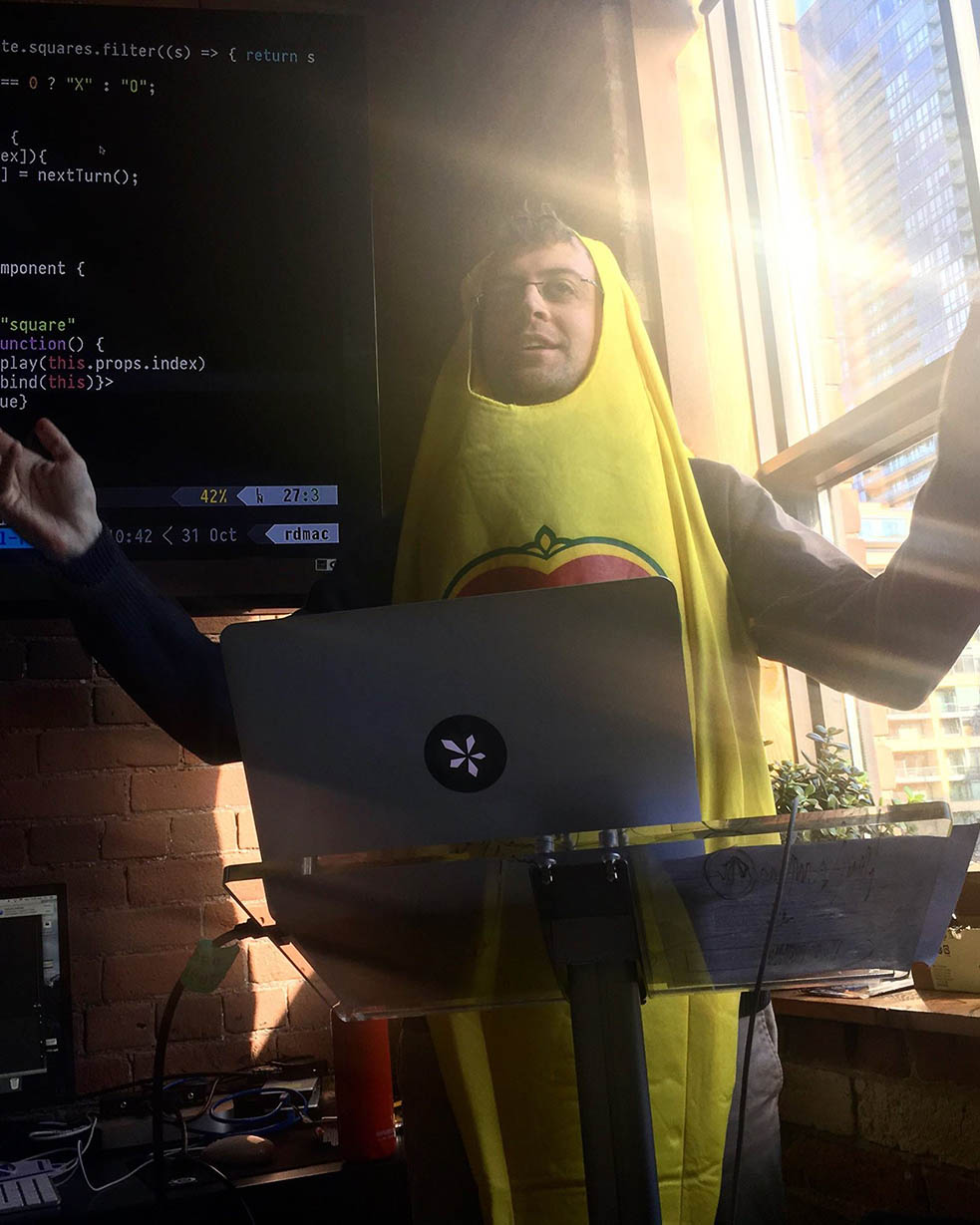 After overcoming a fear of brackets, the next challenge for would-be Clojurians is less superficial: to stop writing Java (or Javascript, or Haskell...) with Clojure's syntax, and actually start "thinking" in Clojure. It is said that Clojure is a "functional" programming language; there's also talk of "data-driven" programming. What are these things? Are they any good? Why are they good? In this talk, Rafal attempts to distill the particular blend of functional and data-driven programming that makes up "idiomatic Clojure", clarify what it looks like in practise (with real-world examples), and reflect on how Clojure's conventions came to be and how they continue to evolve.

In this lightning talk, Rafal will give an explanation of how they achieved something similar to "Wordpress/Drupal plugins" and inversion of control in Clojure for Braid, an open-source clojure chat app.

Rafal is a web developer, programming teacher and entrepreneur from Toronto. He used to work with PHP, Ruby and Javascript, but he's spent the last 7 (blissful) years working almost exclusively in Clojure and ClojureScript. He teaches web development at Lighthouse Labs, and as part of Cognitory, he works on various "learn-to-program" resources, including a book that teaches non-programmers functional and data-driven programming with Clojure. At Bloom, Rafal works on multiple ventures, including Braid, an open-source group chat application (written in Clojure).